Project name: Linux AIO (All In One)

That was a reasonable decision.

Our plan was to bring some of the major Linux distributions (Ubuntu and flavors, Linux Mint, LMDE, Debian Live, Fedora…) with different desktop environments on one ISO file that can be burnt on one DVD/DVD DL or USB 4GB+/8GB+ flash drive. Every one of them can be used as Live system, with no need of installation on hard drive, or can be eventually installed on computer for full system experience.

If the size of ISO images for 32-bit, 64-bit and EFI version exceed the capacity of a DVD we can make a Mix and Lite versions that can fit on a DVD.

Also, if the size of ISO images for 32-bit, 64-bit and EFI version is larger than 5GB and can’t be uploaded to Sourceforge we can split the ISO image into two/three smaller files and upload them separately.

For creating the ISO images for EFI releases we use Grub2 and for all other releases Syslinux. For splitting ISO images we use Double Commander and .7z.

For every ISO file we make md5sum and torrent file.

ISOs are tested in VirtualBox.

Basic difference in this releases is in the way how Linux AIO boot menu works and the release time between every new version.

Primary versions will follow every official/stable release of (regular circle of publishing) distributions which are included in this branch:

Secondary versions will be published periodically, with possibility of canceling or starting new versions. This will primarily depend on you and your interest on specific releases. The release with the biggest amount of your interest will be given a chance to be transferred into the Primary branch and, therefore, provide a regular circle of publishing. In Secondary branch are included following distributions:

Itself Linux AIO don’t bring nothing new, spectacular, nothing that has not been seen. The project is not perfect, there are some problems. On some of them we can’t influence, while others we are trying to solve and overcome them. During this time, since the project started, we boast a good user response, a large number of downloaded ISO images, and innumerable articles on the many famous portals/sites/blogs that deal with Linux and Free software. Definitely, Linux AIO did not go unnoticed, what’s more, whatever happens in the future Linux AIO has already made its mark. 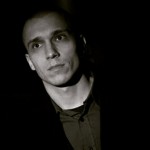 This project is not affiliated with Canonical Limited, Ubuntu, Kubuntu, Ubuntu GNOME, Ubuntu MATE, Xubuntu, Lubuntu, Linux Mint, Debian, Fedora, Red Hat, Trisquel, Zorin, SolydXK. These are unofficial ISOs which includes original files from above mentioned Linux distribution ISOs and they are made for personal purposes.